Amplification of Magnetic Twisting in Solar Prominences by Plasma Inflow

The solar atmosphere is a highly dynamic environment with complex plasma flows and twisted magnetic field lines. Through heating on the solar surface plasma may evaporate, travelling higher into the solar atmosphere before runaway cooling processes can trigger condensation which falls back to the solar surface. These plasma flows can be caught by the strong magnetic fields present and may be suspended against gravity if captured in dips caused by twists in the magnetic field lines. This capture can lead to the growth of solar prominences. In this work we have developed a mathematical model which describes the inflow of a plasma through magnetic threads to simulate this, demonstrating analytically that we can expect a coupling between the flowing plasma and any underlying twists in the magnetic field, amplifying as waves travelling through the magnetic field which we call Alfvén Waves. We have also solved this numerically by computationally simulating a prominence thread filling whilst isolating the coupling mechanism from other potential sources of energies which could contribute to twisting. These simulations covered a variety of initial conditions and flow speeds and, in all cases, we observe a twist amplification. Through this work we have demonstrated that the amplification of magnetic field twisting in the presence of a plasma flow is a fundamental property of plasma physics and we now intend to explore this further within the context of solar prominence formation. Further details of this work can be found in Sumner and Taroyan (2020). 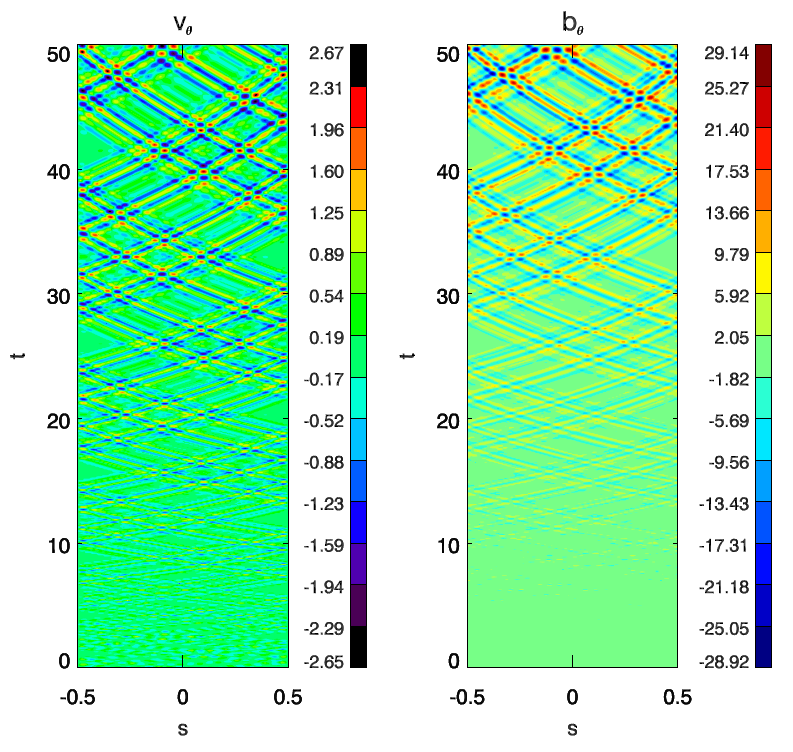